What Exactly Is Lasik Eye Surgery?

LASIK, which stands for laser-assisted in situ keratomileuses, is a quick, minimally-invasive refractive surgery that reshapes the cornea to correct near-sightedness, far-sightedness or astigmatism (a defect in the eye resulting in distorted vision).

For LASIK patients, says common LASIK symptoms include dry eyes, visual distortions, and light sensitivity. “Severe eye pain has been attributed to about 1 out of 10,000 surgeries and needs to be considered by the patient before undergoing LASIK

Dr. Natasha Lim was the pioneer in Singapore to utilize the most advanced iLASIK technology known as iDesign™ iLASIK™, which has a 5x higher resolution than its predecessor, Wavescan.

Dr. Natasha Lim specializes in customized treatments using Wavefront-Guided iDesign which benefits all her patients with superior night vision after LASIK surgery. iDesign™ iLASIK™ is also the technology used by NASA for their Astronauts and the US Navy for their Aviators 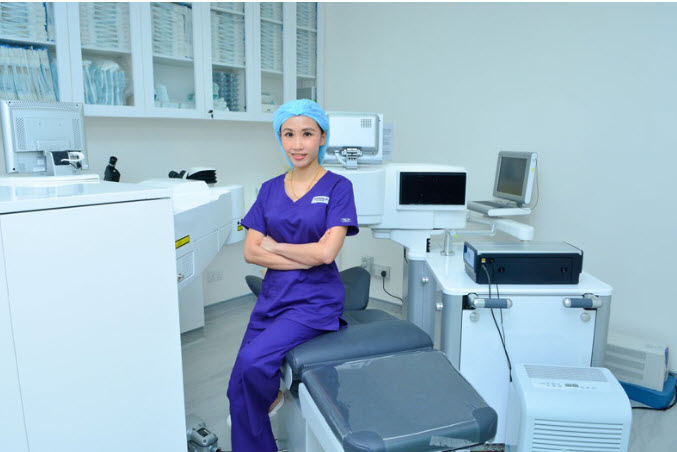 iDesign™ is the world’s most advanced Wavefront-Guided Aberrometer

The iDesign™ Advanced Wavescan system scans each eye over the pupil using 1257 data points to measure the wavefront of the eye, creating a unique map for treatment.

It is the world’s most advanced aberrometer, providing the greatest precision in measuring irregularities in the eye. In addition to achieving spectacle independence, it improves visual quality and contrast sensitivity significantly in dim-light conditions.

Wavefront-Guided treatment by VISX Star S4 IR™ gives superior outcomes because the treatment uses iris recognition (IR) that ensures delivery of a well-centered treatment and variable spot-scanning that is more tissue-saving. The system provides the tailor-made vision for each individual eye. The excimer laser treatment is applied under the corneal flap.