As the title suggests, I had to wait for 10 years until I was able to finally conceive. This is my story. 10 years ago, when I was 26, I was happily married to my wonderful husband, David. We both loved children and wanted to have one of our own someday. We didn’t really look into doing family planning very seriously, as we were ok to start a family as long as we could conceive.

During the first few years of our marriage, we were both still busy with our careers. We would casually try to have a baby, but it seemed like we weren’t able to conceive any children. At the point of time, we thought “we are still young, it’s okay to wait a little longer to have children”.  David and I were still happy to have each other and didn’t let this become an issue between us. Over the years, people would ask us when we were going to have kids, but we simply just told them that we will just “see how”. If it happens, it happens. 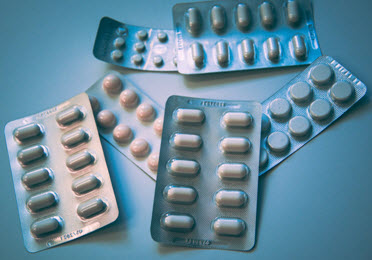 When I was 32, we decided that it was about time to seriously start trying for a baby, since we are at the prime time to, and we built our careers to a point where we felt that we were stable enough to provide for a child. I was determined to try and conceive, but to my disappointment, we could not conceive. David was a little upset, but he also did not want to give up and encouraged me, saying “We will eventually be able to, don’t feel bad about it”. I felt like I couldn’t figure out what was the problem and it was frustrating since both of us were healthy and did not have any issues.

I related the problem to our friends, and they empathized with our situation since many of them had young children and they knew how much we yearned to have our own to take care of. They suggested we seek medical attention since it has been years since we started “trying”, although it only became more intentional recently. We began looking for a gynae doctor in Singapore, and we stumbled upon a women’s clinic that seemed to be the answer to all of our problems.

During our consultations and speaking to the gynae, he understood our struggles and our wish to conceive as soon as possible. He told us that some tests had to be taken to see what were the available options for us to conceive. So we waited for the test results for both David and me to come back, before analyzing options to conceive.

When we got back the results, David was cleared to be healthy with no existing issues. However, my results reported low levels of hormones, and because of my irregular periods, I was put on hormonal medication to regulate hormonal levels and to manage my periods. I was on the medication for a couple of months and had to monitor and track down my cycles to carefully calculate the window period in which I was ovulating in order to conceive.

While we met our gynae for regular check-ups to see if it was going well, we had not considered any fertility treatment yet as we wanted to try to naturally conceive. The doctor advised us to go for fertility treatment as it is the fastest way to conceive and the time window for me to conceive was sensitive. However, as David and I preferred to have things go naturally, we decided to spend more time to see if we could still naturally conceive before venturing to other options.

We tried to conceive, even after I consumed the medication that was supposed to help me. However to no avail after months of trying, it was difficult to conceive and I felt really frustrated. I just thought that it was ridiculous that this became such a huge problem and it was so difficult to get pregnant. We went back to the gynae and told him that it was not working out, and we wanted to find a solution to conceive. This was when he suggested that we take on fertility treatment, and we finally decided to take it.

After speaking to the gynae and understanding the different fertility treatments that are available, we decided to go for IVF (In Vitro Fertilisation). We decided to prepare for it, and I underwent tests to ensure that I was suitable for the procedure. During the uterus scans, I found out that I had a benign growth in my uterus, which the gynae diagnosed as Uterine Fibroids. This meant that in order for me to conceive, I had to undergo surgery to remove it.

I was devastated. Why me? I couldn’t understand. We were so close to having our own child, and I had to have all these ailments that were preventing me from conceiving. I felt like I had let David down, so I became really depressed for quite a while. David comforted me, telling me that we would go through it together and that he does not blame me for the circumstance that we were in.

We had to wait and schedule an appointment for the surgery, and thereafter, I had to go through a period of recovery before I was able to prepare myself for the IVF procedure. The gynae was very patient and explained the entire process to us gently and clearly, walking with us throughout the entire process. I was really grateful for that, and the support of my husband. Within a year, I was able to successfully conceive after 10 years, at the age of 36.

Right now, I am in my third trimester and are expecting to give birth to our wonderful baby girl in 4 weeks’ time. David and I are really excited and thrilled to start our next phase of life, and I’m really happy that fertility treatment has given us a second chance to have kids of our own. The journey has been filled with ups and downs which definitely tested us as a couple and individuals, but certainly, we have grown stronger from this incident, and I would want this to be able to encourage others who are trying to conceive to not give up, as it is ultimately possible.